What Is Production Music 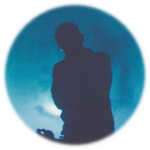 Production music is a type of background music that is often used in film, television, and radio. This type of music is recorded and licensed to customers for use in their productions. Production music libraries are responsible for producing and owning much of the tracks that are used in these industries. Production music can be bought as downloads, delivered in a timely manner, and is available for customization as well.

Library music is a great option for background music because it is affordable and easy to customize. The libraries that produce it have a large selection of tracks to choose from, so producers can find the perfect fit for your project. And since the music is pre-recorded, you don't have to worry about hiring a composer or musician to create custom tracks for you.

What is production music and where does it come from? 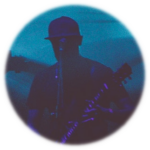 How is production music used in film, television, and radio?

Using production music has several benefits over other solutions, mainly due to the nature of royalty-free licenses. Hollywood companies don't have to pay licensing fees, so these playlists are often much cheaper than other kinds of catalog. When production companies are looking for sources of music for their projects , Production Music is often one of the first choices.

Who are the major providers of production Music The three biggest providers of Production Music are APM Music, Extreme Music, and Productiontrax. These companies all offer a wide selection of artists, as well as other services such as custom music composition and royalty-free sound effects. 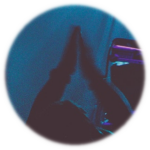 Production music is a great way to add some excitement and drama to your media project. There are many production music libraries that offer a wide variety of music tracks, which can be licensed for use in your project.

When using production music in your projects, here are a few tips to keep in mind:

- Always read the licensing agreement carefully before finding the perfect track. Production music libraries often have specific requirements for how the music can be used.

- Be sure to use releases that is appropriate for your project. Library music can be used for a wide range of applications, but not all styles of music will work for every project.

- Make sure the audio quality of the tracks are good. Lower quality recordings can sound amateurish and detract from your project.

- Use a variety of different pieces of production music to add variety to your project. Using the same piece of music over and over again can quickly get boring.

Production Music for Your Media Project 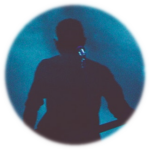 Our playlists can be used in a number of different ways, such as:

- In the opening credits

- In the closing credits

- As background music during scenes

- To create a specific mood or atmosphere

If you're looking for high quality, royalty free tracks and songs for your next project, then this website is a great option!

It is a production music library that was founded in 1993. The company has its headquarters in Culver City, California. Universal Production Music provides playlists to customers all over the world. The company's library is used all over the world in films, television shows, advertisements, and video games. Universal Production Music acquired Killer Tracks, a a Hollywood-based company and leading producer of music for film, in 2016.

We use cookies on our website to give you the most relevant experience by remembering your preferences and repeat visits. By clicking “Accept”, you consent to the use of ALL the cookies.
Do not sell my personal information.
Cookie SettingsAccept
Manage consent

This website uses cookies to improve your experience while you navigate through the website. Out of these, the cookies that are categorized as necessary are stored on your browser as they are essential for the working of basic functionalities of the website. We also use third-party cookies that help us analyze and understand how you use this website. These cookies will be stored in your browser only with your consent. You also have the option to opt-out of these cookies. But opting out of some of these cookies may affect your browsing experience.
Necessary Always Enabled
Necessary cookies are absolutely essential for the website to function properly. These cookies ensure basic functionalities and security features of the website, anonymously.
Functional
Functional cookies help to perform certain functionalities like sharing the content of the website on social media platforms, collect feedbacks, and other third-party features.
Performance
Performance cookies are used to understand and analyze the key performance indexes of the website which helps in delivering a better user experience for the visitors.
Analytics
Analytical cookies are used to understand how visitors interact with the website. These cookies help provide information on metrics the number of visitors, bounce rate, traffic source, etc.
Advertisement
Advertisement cookies are used to provide visitors with relevant ads and marketing campaigns. These cookies track visitors across websites and collect information to provide customized ads.
Others
Other uncategorized cookies are those that are being analyzed and have not been classified into a category as yet.
SAVE & ACCEPT